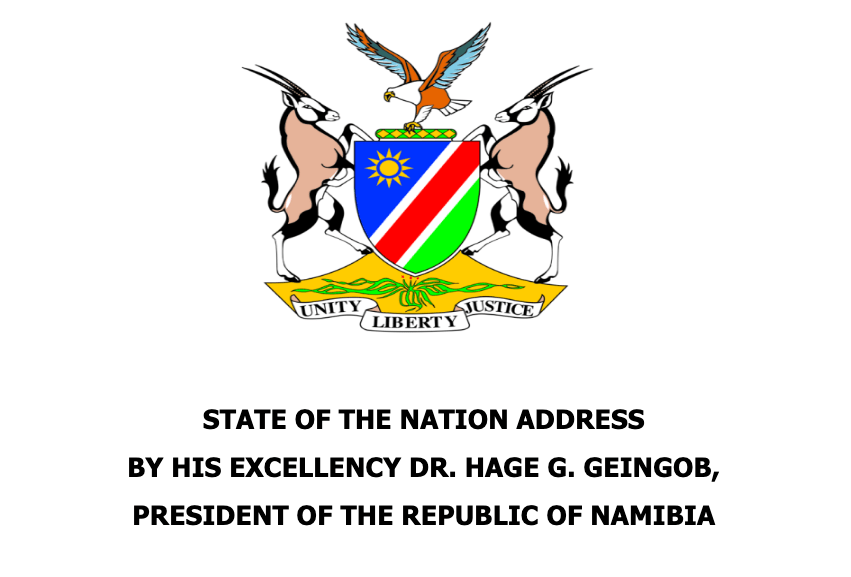 In an election year such as this one the state of the nation becomes especially significant in collective consciousness.

So when the President steps in front of the nation to deliver his annual State of the Nation address, in the National Assembly chamber, one would be forgiven the expectation that every effort has been made to ensure the statements and claims in the speech have been checked and re-checked for accuracy and truthfulness.

However, the 2019 State of the Nation speech delivered by President Hage Geingob on 17 April 2019 appears not to have been subjected to such rigorous assessment before it was delivered in parliament.

For while it is expected that the speech will be tainted by some party political partisanship and a desire to emphasise the positives, as well as the achievements of the deliverer, it should still be the case that the facts of the state of the nation should matter and feature.

In this sense the SONA 2019 was both highly flawed and highly problematic.

Aside from not giving the appearance of having been edited for language, the speech was littered with both big and small inaccuracies, misrepresentations of data and the mis-referencing of information. So much so that almost every significant claim in the speech by the President about important aspects of the state of the Namibian nation was open to credible challenge.

While most of these issues were probably inadvertent, such as getting the year of enactment of a law wrong, pervasive mistakes do undermine the seriousness and weight of the statements.

In all, if we discount the first two pages of the 58 page speech, then the President averaged a questionable claim, statement or reference per page – Namibia Fact Check picked up 56 such issues in what was essentially a 56 page speech.

This is no doubt concerning, for it either displays a blatant disregard of the facts and truth or it is an indication that the speech was constructed in haste and not subjected to proper content assessment before delivery. Either way, it does not reflect well on the President.

Namibia Fact Check would thus like to advise that greater care be taken in future with such important public speeches, as a respect for facts and truth reflects positively on both the presidency, regardless of who holds the office, and the country.