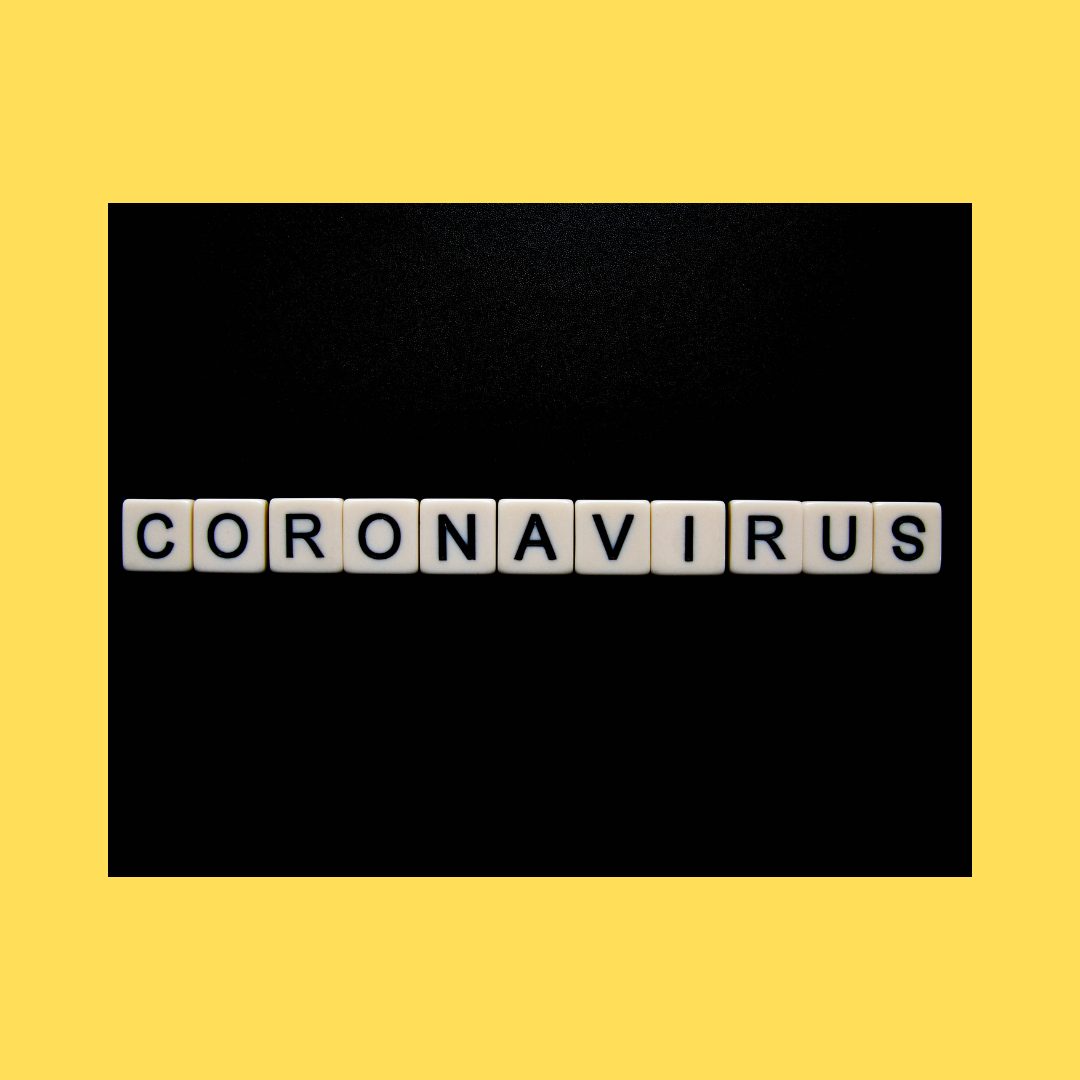 Photo by Glen Carrie on Unsplash

Renewed focus on suspicions that the SARS-CoV-2 virus might have emerged from a Chinese lab could stoke an increase in pandemic-related disinformation.

This is definitely something to watch for the rest of 2021.

The origins of the SARS-CoV-2 virus have resurfaced as a major international contentious talking point since media reports in May 2021 have indicated that the American government was leaning towards there being credible reasons to investigate the lab-leak theory – that the global COVID-19 pandemic was sparked by the SARS-CoV-2 virus escaping from a Chinese laboratory in late 2019 – as the likely explanation of how the global COVID-19 health crisis started.

The credibility of the lab-leak theory was bolstered when US president Joe Biden, in a statement on 26 May 2021, called on the US intelligence community to continue to investigate the possibility that the SARS-CoV-2 virus might have escaped from a Chinese laboratory, causing the COVID-19 pandemic.

“Back in early 2020, when COVID-19 emerged, I called for the CDC to get access to China to learn about the virus so we could fight it more effectively. The failure to get our inspectors on the ground in those early months will always hamper any investigation into the origin of COVID-19.

Nevertheless, shortly after I became President, in March, I had my National Security Advisor task the Intelligence Community to prepare a report on their most up-to-date analysis of the origins of COVID-19, including whether it emerged from human contact with an infected animal or from a laboratory accident. I received that report earlier this month, and asked for additional follow-up. As of today, the U.S. Intelligence Community has “coalesced around two likely scenarios” but has not reached a definitive conclusion on this question. Here is their current position: “while two elements in the IC leans toward the former scenario and one leans more toward the latter – each with low or moderate confidence – the majority of elements do not believe there is sufficient information to assess one to be more likely than the other.”

Why has this become controversial?

The renewed focus on the lab-leak theory as the likely origin of the COVID-19 pandemic follows the release of the World Health Organization’s (WHO) Global Study of the Origins of SARS-CoV-2 report at the end of March 2021. The report was produced by a WHO team that visited China from 14 January to 10 February 2021 to try and determine the origins of the novel coronavirus.

The report states of the various likely ‘pathways’ that the SARS-CoV-2 virus could have emerged:

• introduction through an intermediate host followed by spillover;

• introduction through the (cold) food chain;

• introduction through a laboratory incident.

For each of these possible pathways of emergence, the joint team conducted a qualitative risk assessment, considering the available scientific evidence and findings. It also stated the arguments against each possibility. The team assessed the relative likelihood of these pathways and prioritized further studies that would potentially increase knowledge and understanding globally.

The joint team’s assessment of likelihood of each possible pathway was as follows:

• direct zoonotic spillover is considered to be a possible-to-likely pathway;

• introduction through an intermediate host is considered to be a likely to very likely pathway;

• introduction through a laboratory incident was considered to be an extremely unlikely pathway.”

In short, the WHO mission team discounted the lab-leak hypothesis as a likely explanation for the emergence of the SARS-CoV-2 virus.

However, at the launch of the report on 30 March 2021, WHO Director-General Dr Tedros Adhanom Ghebreyesus, called for further investigations into the origins of the SARS-CoV-2 virus, stating:

“The team also visited several laboratories in Wuhan and considered the possibility that the virus entered the human population as a result of a laboratory incident.

However, I do not believe that this assessment was extensive enough. Further data and studies will be needed to reach more robust conclusions.

Although the team has concluded that a laboratory leak is the least likely hypothesis, this requires further investigation, potentially with additional missions involving specialist experts, which I am ready to deploy.

We will keep you informed as plans progress, and as always, we very much welcome your input.

Let me say clearly that as far as WHO is concerned all hypotheses remain on the table.”

Almost as soon as the WHO report was released the mission was criticised for not having been granted complete access to all relevant information, data, facilities and individuals by Chinese authorities.

On the same day of the launch of the WHO origins report, the US State Department issued a joint statement on behalf of the governments of “the United States of America, Australia, Canada, Czechia, Denmark, Estonia, Israel, Japan, Latvia, Lithuania, Norway, the Republic of Korea, Slovenia, and the United Kingdom”, in which it stated:

“With such an important mandate, it is equally essential that we voice our shared concerns that the international expert study on the source of the SARS-CoV-2 virus was significantly delayed and lacked access to complete, original data and samples. Scientific missions like these should be able to do their work under conditions that produce independent and objective recommendations and findings. We share these concerns not only for the benefit of learning all we can about the origins of this pandemic, but also to lay a pathway to a timely, transparent, evidence-based process for the next phase of this study as well as for the next health crises.”

Also on the same day, the European Union (EU) issued a statement on the WHO report, stating:

“As outlined in the report, further work will have to be pursued to understand the origin of SARS-CoV-2 and its introduction into the human population. This will require further and timely access to all relevant locations and to all relevant human, animal and environmental data available, including data from the first identified COVID-19 cases and cases picked up by surveillance systems, as well as further serologic testing of blood samples.”

What these statements conveyed was that some states and governments were not convinced that the argument about the origins of SARS-CoV-2 had been settled in favour of “zoonotic spillover” and “introduction through an intermediate host is considered to be a likely to very likely pathway”, as the WHO mission concluded.

These statements were followed by a letter, published on 14 May 2021 in Science magazine, by a group of scientists calling for the further investigation of all SARS-CoV-2 origins hypotheses. The letter concludes:

“We must take hypotheses about both natural and laboratory spillovers seriously until we have sufficient data. A proper investigation should be transparent, objective, data-driven, inclusive of broad expertise, subject to independent oversight, and responsibly managed to minimize the impact of conflicts of interest. Public health agencies and research laboratories alike need to open their records to the public. Investigators should document the veracity and provenance of data from which analyses are conducted and conclusions drawn, so that analyses are reproducible by independent experts.”

Suffice to say, the issue has become a burning topic in the medical science community in the wake of these developments.

Here is a good explainer article from 27 May 2021 in Nature magazine about the politics and scientific divisions around the lab-leak theory of the origins of SARS-CoV-2.

The lab-leak theory in the ‘disinfodemic’

Almost from the beginning of the global COVID-19 pandemic in early 2020, the lab-leak theory has been swirling around in conspiracy theories about the origins of the SARS-CoV-2 virus.

The lab-leak conspiracy theories have from the beginning pointed to the Wuhan Institute of Virology as the likely point of origin – either as a bioweapon experiment or a laboratory accident – of the SARS-CoV-2 virus and the COVID-19 pandemic.

Against this backdrop, it seems highly likely that the origins of the SARS-CoV-2 virus will continue to inspire conspiracy theorists and disinformation peddlers and that the origins of COVID-19 could see a re-emergence as a major theme in the ‘disinfodemic’ through the rest of 2021.

COVID-19, Coronavirus hoax, Disinfodemic, Infodemic
PrevPreviousAfrica Day 2021 – The state of a continent
NextMEDIA MONITOR: How the genocide deal has been reportedNext