No, Africa is not free, democratic or without war and unrest 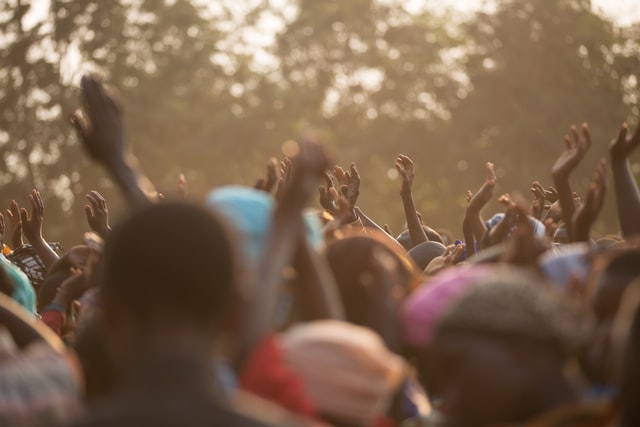 Photo by Avel Chuklanov on Unsplash

President Hage Geingob’s claims on Africa Day are far from the reality about the state of peace, democracy and freedom on the continent.

Towards the end of a widely publicised statement on Africa Day, on 25 May 2020, Namibian president Hage Geingob stated:

“We truly have much have much to celebrate as Africans. In 57 years, we have achieved what some have thought would be impossible, a free, democratic Africa, a self-governing Africa, and most importantly, an Africa without incessant civil wars and unrest, focused on the wellbeing of its citizens.”

The Geingob statement gave a historical overview of the combined 57 years of existence of the Organisation of African Unity (OAU) and African Union (AU), which replaced the OAU in 2002, and aside from being widely disseminated in Namibia, president Geingob’s statement was reported on in other parts of the continent as well. See here, here and here, for instance.

The above quoted segment of the president’s statement contains three contentious claims, specifically:

Namibia Fact Check has assessed the accuracy of these claims.

Africa or Africans are free

While it is certainly true that Africa is free from external (as in Western) imperialism and colonialism, it certainly isn’t the case that all Africans are free from foreign domination, as the Western Sahara case exemplifies.

Western Sahara is a disputed territory that is claimed and governed by Morocco. However, Namibia and other African states have expressed support for Western Sahara to gain independence from Morocco. In fact, in March 2019 Namibia was a co-host, along with South Africa, of a Solidarity Conference with the Saharawi people, which called for the end of Moroccan colonial rule of the territory.

As for the general state of political freedom – exercising political rights and civil liberties – on the continent, according to Freedom House’s Freedom in the World 2020 Index:

Based on all this, Namibia Fact Check rates the Geingob claim that Africa is free as mostly false.

As for the state of democracy on the continent, according to the influential Democracy Index 2019 of the Economist Intelligence Unit (EIU):

Using the Democracy Index as a guide, Namibia Fact Check rates the Geingob claim that Africa is democratic as mostly false.

Africa is without civil wars and unrest

The basic fact is that, in 57 years Africa has not been free of war and violent unrest.

In 2013, African leaders made a pledge of silencing the guns by 2020, but in August 2019 the Institute for Security Studies (ISS), a paper titled ‘Reality check: Africa’s bid to silence the guns‘, wrote:

“After just six years of the whole initiative and barely three of the roadmap, it’s no surprise that Africa remains far from silencing all or even most of the guns. Some successes in peace efforts have been registered, such as the Ethiopia-Eritrea peace accord, the Sudan peace deal, the revitalised South Sudan peace deal, the mediations in Madagascar and Central African Republic – although many remain tentative.”

And as Namibia Fact Check stated in a post on Africa Day 2020:

“Despite the commitment to ‘Silencing the Guns by 2020’ there are a number of armed conflicts raging on the continent as it marks Africa Day 2020, from an unending civil war in Libya to jihadist insurrections across West Africa and the Sahel, and Islamic State (IS) inspired insurgencies in Somalia and Mozambique, to name but some.”

In another August 2019 paper on ‘Silencing the guns beyond 2020‘, the ISS stated of the current war and unrest situation:

“The activities of violent extremists and other insurgent groups in the Sahel and the Lake Chad Basin, violence related to political transitions and the unprecedented level of climate change and natural disaster-induced displacement all pose a threat to states’ ability to keep their citizens safe. A number of countries also lapsed into violent conflict owing to weak state institutions or a lack of sustainable political settlements, such as in South Sudan, the Central African Republic, Mali and Libya.”

Based on this, Namibia Fact Check rates the Geingob claim that Africa is without war and unrest as mostly false.

In the final analyses, when considering all the evidence, Namibia Fact Check concludes that president Geingob’s claim that Africa is free, democratic and without war and unrest as mostly false.

Africa Day, African Union, President Hage Geingob
PrevPreviousNo, Namibia is not a ‘drunkard society’
NextPoem minister Shiimi quoted is not from 1819Next