When a poverty rate is all over the place 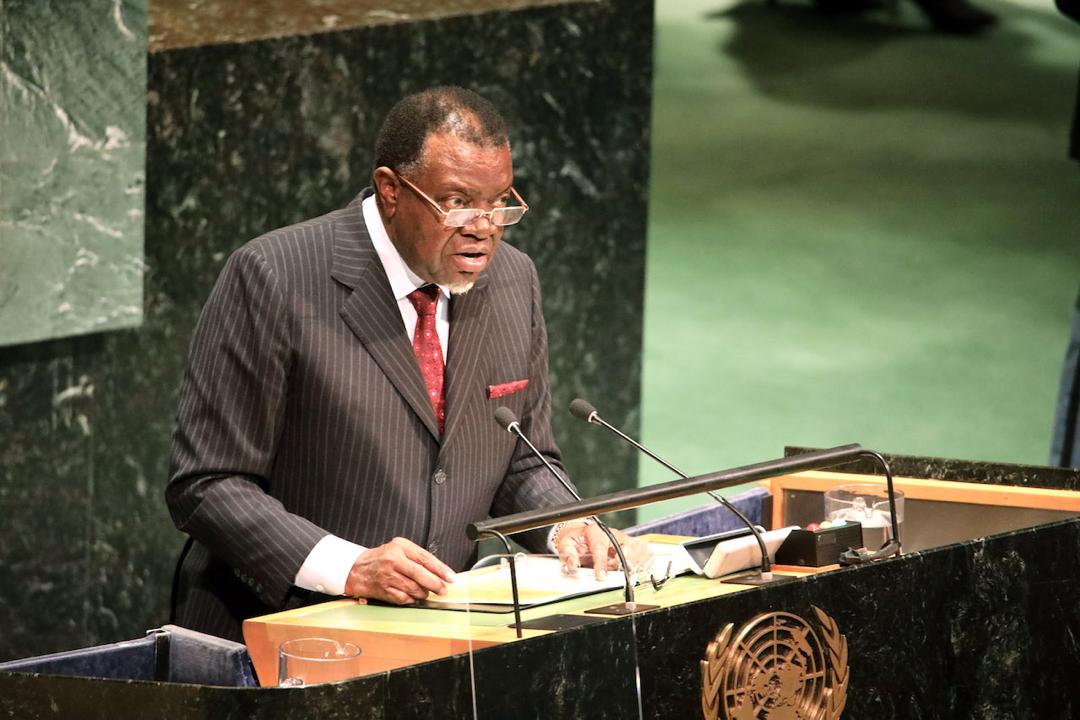 The Namibian poverty rate is different figures contained in different reports and touted from different platforms by different officials and politicians.

When president Hage Geingob addressed the 74th session of the United Nations General Assembly (UNGA) in New York on 25 September 2019 he said that Namibia had a poverty rate of 18%. A video of president Geingob’s UNGA address can be viewed here.

“Within a period of 22 years, poverty in Namibia has declined from a 70 percent baseline, down to 18 percent by 2016, lifting more than 400,000 members of our population out of poverty since independence.”

The following day, on 26 September 2019, at an Economics Association of Namibia (EAN) economic summit in Windhoek, the deputy governor of the Bank of Namibia (BoN), Ebson Uanguta, during the keynote address, stated that in 2018 Namibia’s poverty rate stood at 14% (see image below). 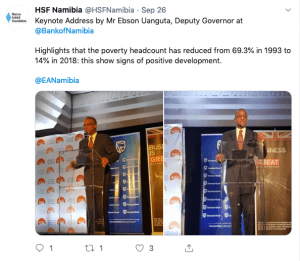 However, the confusion does not end there.

In his UNGA address, president Geingob refers to a 2017 World Bank report, stating:

“According to the June 2017 World Bank Report, Namibia’s gradual decline in poverty is attributable to a targeted policy framework that includes “a well-developed programme of cash transfers to vulnerable segments of the population”.

The only 2017 World Bank report on the topic of Namibian poverty that Namibia Fact Check could find was a joint publication with the Namibia Statistics Agency (NSA), titled ‘Does Fiscal Policy Benefit the Poor and Reduce Inequality in Namibia?’. The report is available on the NSA website.

This report reveals different poverty rates than those mentioned by the president and the BoN deputy governor, stating:

As can be seen, the World Bank (and NSA) and UNDP poverty figures are starkly different from those mentioned by the president and the BoN deputy governor.

According to the UNDP, it uses a Multidimensional Poverty Index (MPI) to establish poverty levels at national and international levels, stating:

“The Multidimensional Poverty Index (MPI) identifies multiple deprivations at the household and individual level in health, education and standard of living.”

Against this backdrop, poverty in Namibia is either relatively low or still very high, even if it has declined markedly over the last 30 years, since 1990. That said, going just by the widely divergent figures publicly mentioned and available, the question remains: What is the real individual and household poverty situation in Namibia?