When in-camera becomes confusing and controversial 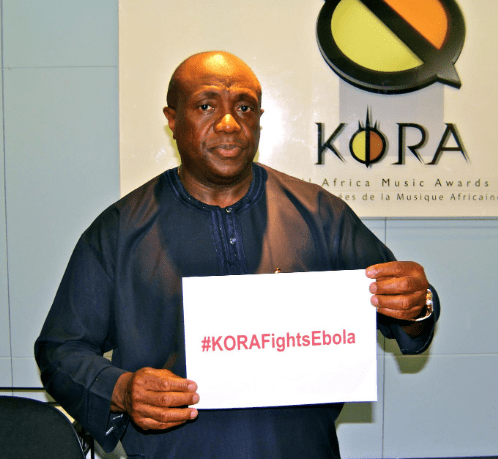 The fact that a case involving the disappearance of taxpayer money is being conducted behind closed doors has raised questions and suspicions in public.

The civil case Namibia Tourism Board vs Mundial Telecom Sarl became controversial in the week of 7 September 2019 when it emerged that judicial proceedings between the parties were being held in secret.

The case revolves around the return of reportedly over N$20 million of Namibian taxpayer funds. The funds were transferred to Mundial Telecom Sarl by the Namibia Tourism Board (NTB) and were meant for the hosting of the Kora All-Africa Music Awards in Namibia in early 2016.

However, the awards never happened and the organisers, Mundial Telecom Sarl – owned by Benin entrepreneur Ernest Adjovi – never returned the money, which led to a civil case being brought against Adjovi’s company and his local associate, Tonata Shiimi, in September 2016 for the return of the funds.

On 7 October 2019 it was reported by the Namibian Sun newspaper that the case between the parties was being conducted in secret – what is known in legal terms as in camera.

To get a more comprehensive explanation of what in camera is go here.

Word appears to have quickly spread online that the case files of the matter (HC-MD-CIV-ACT-CON-2016/02888) had disappeared from view on the Namibian eJustice portal.

Following this the Affirmative Repositioning movement wrote to the Judicial Service Commission to complain about the secrecy and to call for an investigation into why the case involving taxpayer funds was being conducted behind closed doors.

On 8 October 2019 the Office of the Judiciary spokesperson, Ockert Jansen, issued a statement in which he claimed that the case was not being held in camera.

In short, Jansen stated that confidential settlement negotiations were part and parcel of judicial mediation processes.

What Jansen was also pointing out was that constitutionally there were very specific conditions under which court proceedings could be held in camera. Article 12, of Chapter 3, of the Namibian Constitution states in this regard:

Article 12 [Fair Trial]
1.1 In the determination of their civil rights and obligations or any criminal charges against them, all persons shall be entitled to a fair and public hearing by an independent, impartial and competent Court or Tribunal established by law: provided that such Court or Tribunal may exclude the press and/or the public from all or any part of the trial for reasons of morals, the public order or national security, as is necessary in a democratic society.

In response to a Namibia Fact Check request for clarity, Jansen stated on 9 October 2019 that:

What complicates the picture is that both the NTB and the environment ministry appeared to be unaware (access behind a subscription wall) of the proceedings being conducted in camera, throwing into question Jansen’s claim that the “parties in this matter had expressed such a wish”.

Responding to when the trial will resume, Jansen indicated:

“The Counsel for both plaintiff and defendents appeared before Judge Oosthuizen on 30 September 2019. Case has been postponed to 18 November 2019.”

Asked to indicate when the trial would be open to the public again, Jansen stated:

“If no settlement is reached and litigation continues, a trial date is set and as such will continue in open court.”

To be clear, the controversy around this matter appears to have stemmed from general misunderstanding of when and why judicial proceedings are or can be held in secret. If the settlement negotiations fail then the litigants appear in open court again on 18 November 2019.

Update: By late afternoon on 9 October 2019, the case documents were publicly available through the eJustice portal.

Update: Replaced the word “deliberations” with “judicial proceedings” in the second paragraph.

Affirmative Repositioning, Ernest Adjovi, Kora All-Africa Music Awards, Namibia Tourism Board, in camera
PrevPreviousEmbracing the facts about the importance of access to information
NextWhen a poverty rate is all over the placeNext