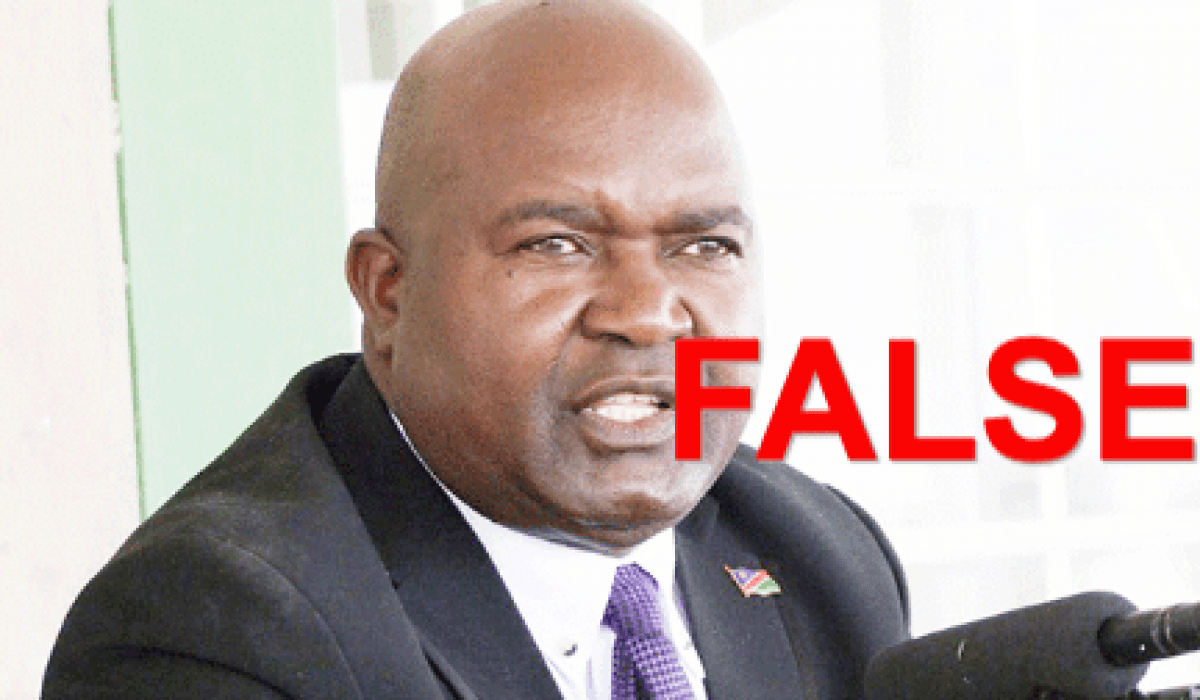 Photo courtesy of: The Namibian

On 5 September 2019 Benisius Kalola was shot by a Namibian Defence Force (NDF) soldier on a Katutura, Windhoek, street in broad daylight.

Reports state that Kalola was shot in the back as he was running away from military and police personnel, deployed in the crime-fighting Operation Kalahari Desert, who were apparently searching a Katutura house for drugs and contraband.

On 17 September 2019, defence minister Penda ya Ndakolo, with reference to the shooting incident, made the following statements in the National Assembly:

“While the patrol team was in the process of searching, a male person was allegedly detected in the street nearby, busy video recording the cordon and search activities with his mobile phone.

“The illegal video recording was reported to the patrol commander … who then instructed two NDF and one Nampol member to instruct and make sure that the person who was recording deleted the recorded information from his phone, as he was not authorised to record a video of the patrol actions and the motive for the recording was not known … recording a video of NDF and Nampol members in action is prohibited because it is very dangerous … So, members of the public are cautioned to refrain from taking videos of security forces members in operations.”

In the same statement, the minister said about shooting victim Benisius Kalola:

“The Preliminary Nampol report on this case revealed that the deceased has been in conflict with the law before and had two pending cases against him. He was arrested for armed robbery under cases Katutura CR No. 617/01/2019 (pending) and Katutura CR No. 970/05/2015 robbery with aggravating circumstances (provisionally withdraw). So you can see what kind of person you are dealing with here.”

Namibia Fact Check submitted questions regarding his statements to defence minister Penda ya Ndakolo, but no response was received to date. (If the defence minister eventually responds, this story will be updated to reflect his responses)

With regard to the minister claiming that it was illegal to video record police and military personnel on operation in public spaces, the following:

With regard to the minister suggesting that Benisius Kalola somehow deserved to be shot because he was a criminal because he had two criminal cases pending against him, the following:

In light of all the above, Namibia Fact Check has found minister Penda ya Ndakolo’s statements in parliament to have been substantially false.

No, companies are not giving away thousands in anniversary celebrations

No, a New Zealand court did not rule vaccine roll out as illegal

No, there is no financial aid for ‘orphans’ on verge of dropping out