Why COVID-19 is not bio-engineered 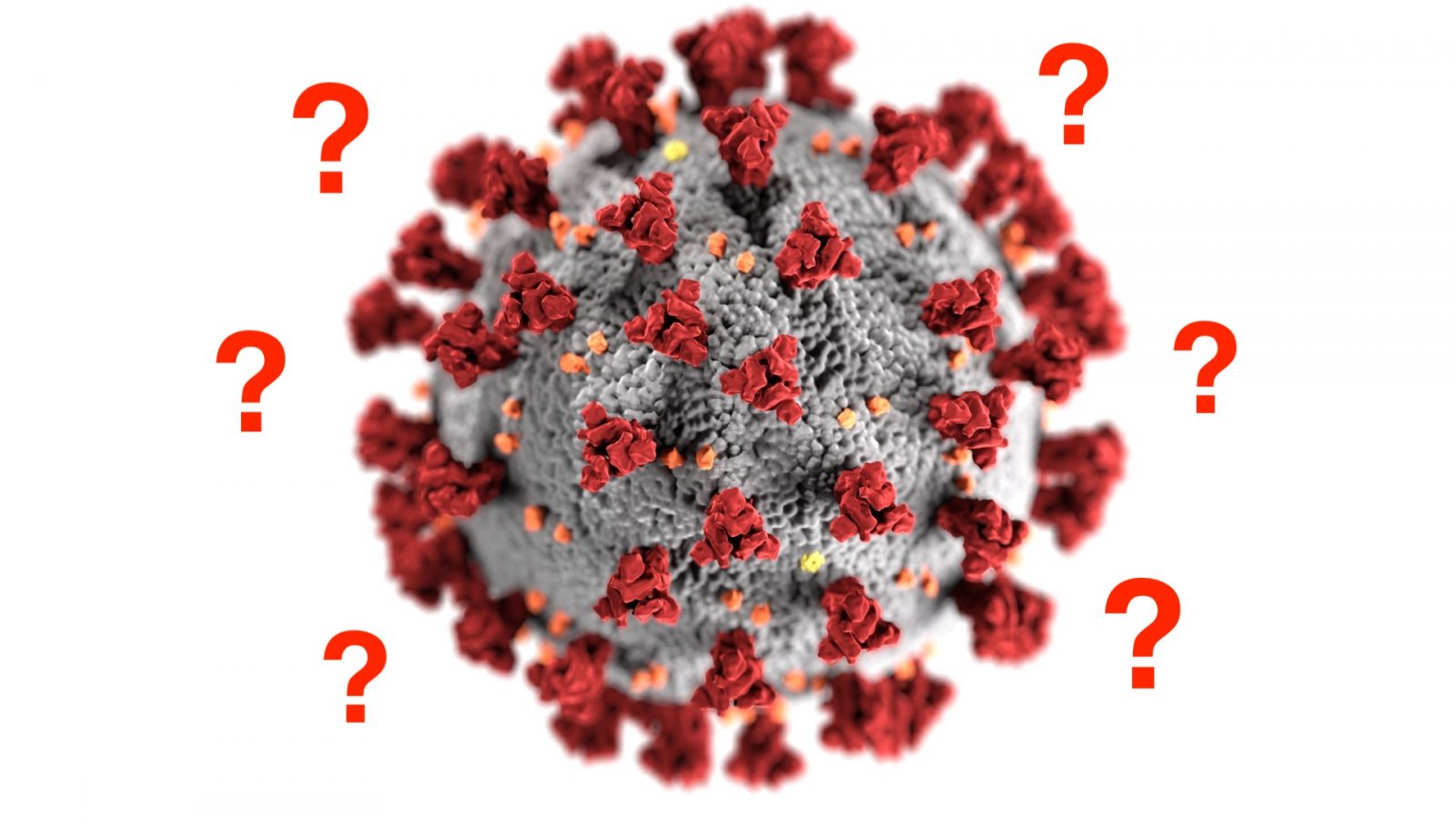 Photo by CDC on Unsplash

But questions remain about its possible origins in a Wuhan lab even as the evidence for such claims remain sketchy at best.

COVID-19 is the disease caused by the SARS-CoV-2 virus that is believed to have first emerged in the Wuhan area of China’s Hubei province sometime in November/December 2019. That is not the part that has become disputed in a highly charged political climate recently, as disinformation about the origins of the SARS-CoV-2 virus has become central to a geo-political blame-game.

What they are saying

While spurious claims and conspiracy theories about the origins of the SARS-CoV-2 virus have been around since at least January 2020, of late such claims and theories have been amplified after US president Donald Trump reiterated a claim during a media briefing on 30 April 2020 that the virus escaped from a Wuhan laboratory called the Wuhan Institute of Virology, in the city that was the initial global epicenter of the COVID-19 pandemic. The Wuhan Institute of Virology hit global prominence at another White House media briefing on 15 April 2020, when president Trump first acknowledged that US officials were investigating claims that the virus might have escaped from a Wuhan lab.

Since then the US president’s claims about the Wuhan lab origins of the COVID-19 pandemic have been repeated by the US secretary of state Mike Pompeo, on 3 May 2020, as the following The Guardian video shows:

The latest Trump administration claims aside for a moment, the claims and conspiracies about the man-made or lab accident origins of the Covid-19 pandemic have come in three main types over recent months, namely:

As for the first claim – SARS-CoV-2 was bio-engineered in a lab – while mostly American conspiracy theorists have been pushing the claim since the beginning of the year that the virus was made in a Chinese lab, in March 2020 Chinese officials have pushed back with the claim that the virus was possibly made and spread by the US government.

For their part, US officials have been pushing the second claim – SARS-CoV-2 was not bio-engineered but escaped from a Wuhan / Chinese lab – as is clear form the statements of US secretary of state Mike Pompeo. However, as the New York Times reported on 3 May 2020:

“Senior American officials, including those who have looked at intelligence and who favor the lab theory, have said in private that evidence pointing to a lab accident is mainly circumstantial and based on public material. Intelligence officers have told senior administration officials that they probably will not find proof of a lab accident. And among scientists and especially virologists, there is largely agreement that the chances that a lab accident sparked the outbreak are slim, while the probability that the new virus made the leap from an animal to a human in a non-lab setting in southern China is much higher.”

What is fueling the controversy around the virus origins is the fact that the Chinese government is not transparent and open with information surrounding the circumstances of the outbreak of COVID-19 in late 2019 and has not allowed investigators from outside China to assist in establishing the facts of the origin of the SARS-CoV-2 virus. The representative of the World Health Organisation (WHO) in China, Dr Gauden Galea, admitted that the global body did not have access to SARS-CoV-2 origin investigations in an interview with Sky News on 30 April 2020. You can watch the interview clip below:

What medical experts and scientists say

Despite the political claims and controversies, as the quote from the New York Times indicates, medical experts and scientists do not support any one of the three main origin (conspiracy) theories being peddled by conspiracy theorists and governments alike.

As of 17 April 2020, the position of the World Health Organisation (WHO) regarding the origins of the SARS-CoV-2 virus remains the following (look under What is the connection between COVID-19 and animals?):

“COVID-19 is spread through human-to-human transmission. We already know a lot about other viruses in the coronavirus family and most of these types of viruses have an origin in animals. The COVID-19 virus (also called SARS-CoV-2) is a new virus in humans. The possible animal source of COVID-19 has not yet been confirmed but research is ongoing. WHO continues to monitor the latest research on this and other COVID-19 topics and will update, as new findings are available.”

This statement needs slight clarification, for while it indicates that the WHO is waiting for confirmation of the “possible animal source” of SARS-CoV-2, it should be clear that the WHO accepts that the source was an animal. Thus the virus, according to the WHO, is a natural organism.

And as of 19 April 2020, the US’s Centers for Disease Control and Prevention (CDC) states of the origins of the SARS-CoV-2 virus:

“The SARS-CoV-2 virus is a betacoronavirus, like MERS-CoV and SARS-CoV. All three of these viruses have their origins in bats. The sequences from U.S. patients are similar to the one that China initially posted, suggesting a likely single, recent emergence of this virus from an animal reservoir.”

In January 2020, the findings of a study, published by Nature.com, into the genome of the SARS-CoV-2 virus concluded that:

“Full-length genome sequences were obtained from five patients at an early stage of the outbreak. The sequences are almost identical and share 79.6% sequence identity to SARS-CoV. Furthermore, we show that 2019-nCoV is 96% identical at the whole-genome level to a bat coronavirus. Pairwise protein sequence analysis of seven conserved non-structural proteins domains show that this virus belongs to the species of SARSr-CoV.”

The authors of the study explained that:

“Using the aligned genome sequences of 2019-nCoV, RaTG13, SARS-CoV and previously reported bat SARSr-CoVs, no evidence for recombination events was detected in the genome of 2019-nCoV. Phylogenetic analysis of the full-length genome and the gene sequences of RdRp and spike (S) showed that—for all sequences—RaTG13 is the closest relative of 2019-nCoV and they form a distinct lineage from other SARSr-CoVs.”

“Recombination events” is a reference to bio- or genetic engineering or modification. Thus, the study authors state, there was no evidence of bio-engineering in the make-up of the SARS-CoV-2 virus. And, in fact, they point to the Intermediate Horseshoe Bat (Rhinolophus affinis) – which is endemic to large parts of south and southeast Asia – as the most likely source of the virus.

Similarly, on 21 March 2020, LiveScience reported that:

“A group of researchers compared the genome of this novel coronavirus with the seven other coronaviruses known to infect humans: SARS, MERS and SARS-CoV-2, which can cause severe disease; along with HKU1, NL63, OC43 and 229E, which typically cause just mild symptoms, the researchers wrote March 17 in the journal Nature Medicine. “Our analyses clearly show that SARS-CoV-2 is not a laboratory construct or a purposefully manipulated virus,” they write in the journal article.”

As should be clear by now, despite the claims of some politicians and governments, as of 4 May 2020, the expert and scientific consensus is that the SARS-CoV-2 virus is not man-made and that it is unlikely that the virus escaped from a lab.

COVID-19, Coronavirus hoax, disinformation
PrevPreviousMadagascan remedy is not a proven COVID-19 cure
NextNo, there are not 130 000 Chinese living in NamibiaNext