The year 2019 has been quite eventful in many respects. Following are some of the notable events and occurrences from the year.

In late February, the members of the 15-member Ancestral Land Rights and Restitution Commission is inaugurated by president Hage Geingob. The creation of the commission follows a resolution made at the second national land conference of October 2018. The commission is headed by High Court judge Shafimana Ueitele and is tasked with investigating ancestral land claims and restitution. 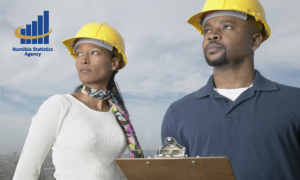 In March, the Namibia Statistics Agency released the report of the Namibia Labour Force Survey (NLFS) 2018. Contrary to many expectations, the NLFS 2018 showed a drop in overall unemployment, from 34% recorded in 2016 to 33.4% in 2018. Meanwhile, youth unemployment continued to rise, from about 43% to over 46%.

In early April, president Hage Geingob inaugurated the High Level Panel on the Namibian Economy, which is to advise government on ways to revive the Namibian economy and stimulate growth and prosperity. The panel is chaired by Johannes Gawaxab.

In mid-April, the latest progress report of the president’s signature development plan, the Harambee Prosperity Plan (HPP), was released, showing that government was struggling to meet most of the plan’s targets. The report stated: “In some instances, goals and targets may have been too ambitious and affected by external factors outside our control.”

In early May, president Hage Geingob officially declared a drought emergency as the devastation of the latest drought became critical. In the wake of the announcement various countries extended drought assistance to Namibia, and government called on Namibians to contribute 2% of their earnings to a drought assistance fund.

In mid-May 2019 it was announced that former vice president and ruling party stalwart Nickey Iyambo had died. Iyambo, who was a long serving Cabinet-level politician, had long suffered ill-health and passed away a day before his 83rd birthday. 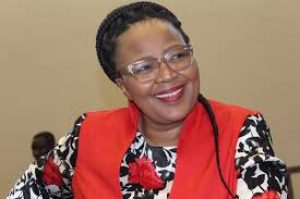 In early July, education minister Katrina Hanse-Himarwa is found guilty of corruptly having used her former office of governor of the Hardap region to benefit herself. Hanse-Himarwa was guilty of having manipulated a housing list to benefit her relatives. She was sentenced to a N$50 000 fine and a suspended jail sentence.

At the end of July the two-day Namibia Economic Growth Summit 2019 was held in Windhoek under the theme ’Economic Revival for Inclusive Growth – Strengthening the Namibian House’. It was reported that the investments of N$50 billion were raised. The summit was an initiative f the High Level Panel on the Namibian Economy, that was appointed in April. 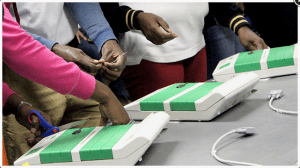 In mid-October, with elections looming at the end of November, it emerged that electronic voting machines were missing since 2017. The machines had been lent to a wing of the ruling party to conduct an internal election in 2017 and had at the time been entrusted to the care of since disgraced former justice minister Sacky Shanghala. The missing EVMs fuelled electoral furore before and after the 27 November elections.

In mid-November the Fishrot corruption saga burst into the open, ensnaring former ministers of fisheries and justice, Bernhard Esau and Sacky Shanghala, and various other politically connected business people, as well as the ruling Swapo Party. The corruption allegations inflamed public anger and fuelled demonstrations in the weeks and days before the 27 November presidential and National Assembly elections.