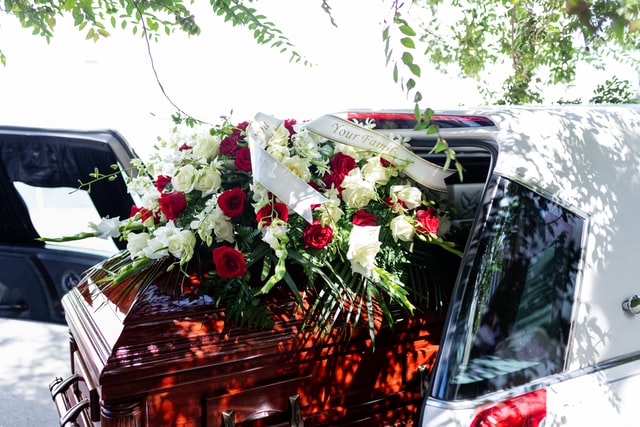 Photo by adrianna geo on Unsplash

Controversy and criticism have erupted in the wake of two high profile funerals that showed COVID-19 regulations being violated.

At the 31st COVID-19 public briefing on 15 July 2021, health minister Dr Kalumbi Shangula labelled COVID-19 burials a “contentious issue” because of the frequent violations of the emergency regulations that were reported around such events.

Just how contentious burials have become was evident a few days later, on 17 and 18 July 2021, when two high profile funerals were held at Okahandja.

On Saturday, 17 July 2021, OvaMbanderu Traditional Authority Ombara (king) Kilus Nguvauva was buried at Okahandja during a state funeral, with the footage of the event showing that more than ten (10) people were gathered at or around the graveyard.

The next day, on 18 July 2021, at the same town, Ovaherero Traditional Authority Paramount Chief Vekuii Rukoro was laid to rest. Once again, footage of the event showed that there were more than 10 people present at the graveside, and what appeared to be hundreds gathered, and that there also appeared to be no adequate physical distancing taking place in some instances.

What do the regulations say?

The amended Public Health Covid-19 General Regulations of 16 June 2021 state of attendance of burials and other related events the following:

(i) close family members are allowed at a distance of not less than three metres from the grave;

and (ii) other mourners are allowed at a distance of not less than 10 metres from the grave:

Provided that in all cases the mourners must wear personal protective equipment as approved by an authorised officer and maintain a physical distance of not less than two metres from each other;”

The amended Public Health Covid-19 General Regulations of 30 June 2021, which were the regulations in place on 17 and 18 July 2021, do not deviate from the above provisions.

“It is discouraged for mourners to congregate after the burial, either at the residence of the deceased person or at any other place for whatever reasons. The so-called “after tears” parties are disrespectful to the departed individual, are in bad taste and are therefore prohibited. It is also discouraged to serve meals after the burial. Where food is to be served, it must be on a take-away basis. As I always say, we do not want one funeral to breed more funerals!

Let me also clarify the issue of attendance of burials and the prescribed number of attendees. The number of ten (10) persons applies strictly to mourners. It does not include service providers. The service providers are the crew of the transport vehicle that contain the casket and the pallbearers, who are also the same persons to cover the grave and a religious person who performs the Rite of Commital. The number of ten does not include persons who attend the burial in official capacity and who deliver tributes on behalf of the government and political parties as well as the crew for the the gun salute. No other service provider is allowed at the burial site. In cases of a State funeral, the ceremonial crew is part of the service providers. It is advised that the number of the ceremonial crew be kept at the minimum in order to avoid overcrowding.”

Based on these statements and what the regulations say, it was clear that the high profile burials of 17 and 18 July 2021 were in violation of the Public Health Covid-19 General Regulations in terms of numbers of people gathered at the cemetery.

The violations visible at the funerals of 17 and 18 July 2021 were confirmed by justice minister Yvonne Dausab on 19 July 2021 in WhatsApp correspondence on the matter with Namibia Fact Check, with minister Dausab stating of the lawfulness of the gatherings:

“A number of videos were shared with me showing that clearly there was a violation of our current set of COVID-19 regulations.

This is most unfortunate and very disappointing and must really be called out for what it is, which is that it is a flagrant disregard of our rules and it does not augur well for our fight against the rising cases and deaths because of the coronavirus.

The gathering further seems to have violated a number of other key provisions under regulation 4:  it seems to have been way above the 10 person requirement for mourners excluding among them the service providers and GRN service men and women. All things being equal this would be a prohibited gathering for purposes of the regulation.

Regulation 4(2) has six instances to which the 10 person rule does not apply: when people are spontaneously gathered in a queue, people at courts, workplaces, schools or universities, GRN institutions at all levels and those that live in the same household.

Also other requirements such as the two-hour limit, social distancing, consistent wearing of masks, taking of temperature and maintaining a register of those in attendance does not seem to have been observed. Although I don’t have enough information to know for sure whether there was compliance in this regard.

When in a public health emergency every effort must be made to ensure compliance and adherence to the rules and regulations set out by the government.”

With regard to accusations that the rules were also not being adhered to at state funerals, as was the case with the Nguvauva funeral on 17 July 2021:

“On state funerals I think there were some lapses that could have been avoided and this is partly because there has been some confusion on the interpretation of permitted gatherings, which includes the state machinery. For clarity the exemptions under the regulation does not only exempt state institutions, of the six instances at least 4 of those instances affect ordinary Namibians. This is not intended to provide some advantage to certain groups and or only GRN. It was a practical consideration to ensure people in those categories continue to function within the society that they serve or benefit from.

GRN certainly does not sanction differential treatment. Laws are of general application and all persons are equal before the law.”

With regard to accusations that law enforcement was selective:

“Ensuring that the regulations are in place and providing clarification and interpretation falls within the purview of the Ministry of Justice and the Attorney-General.

However, ensuring compliance and enforcement falls within the purview of the broader security cluster and more specifically the Ministry responsible for home affairs, immigration, safety and security.

The aspects pertaining to the role of the Namibian police and how they acted must therefore be directed to the relevant authorities.”