No, there is no evidence that COVID-19 vaccines cause ‘sudden adult death syndrome’ 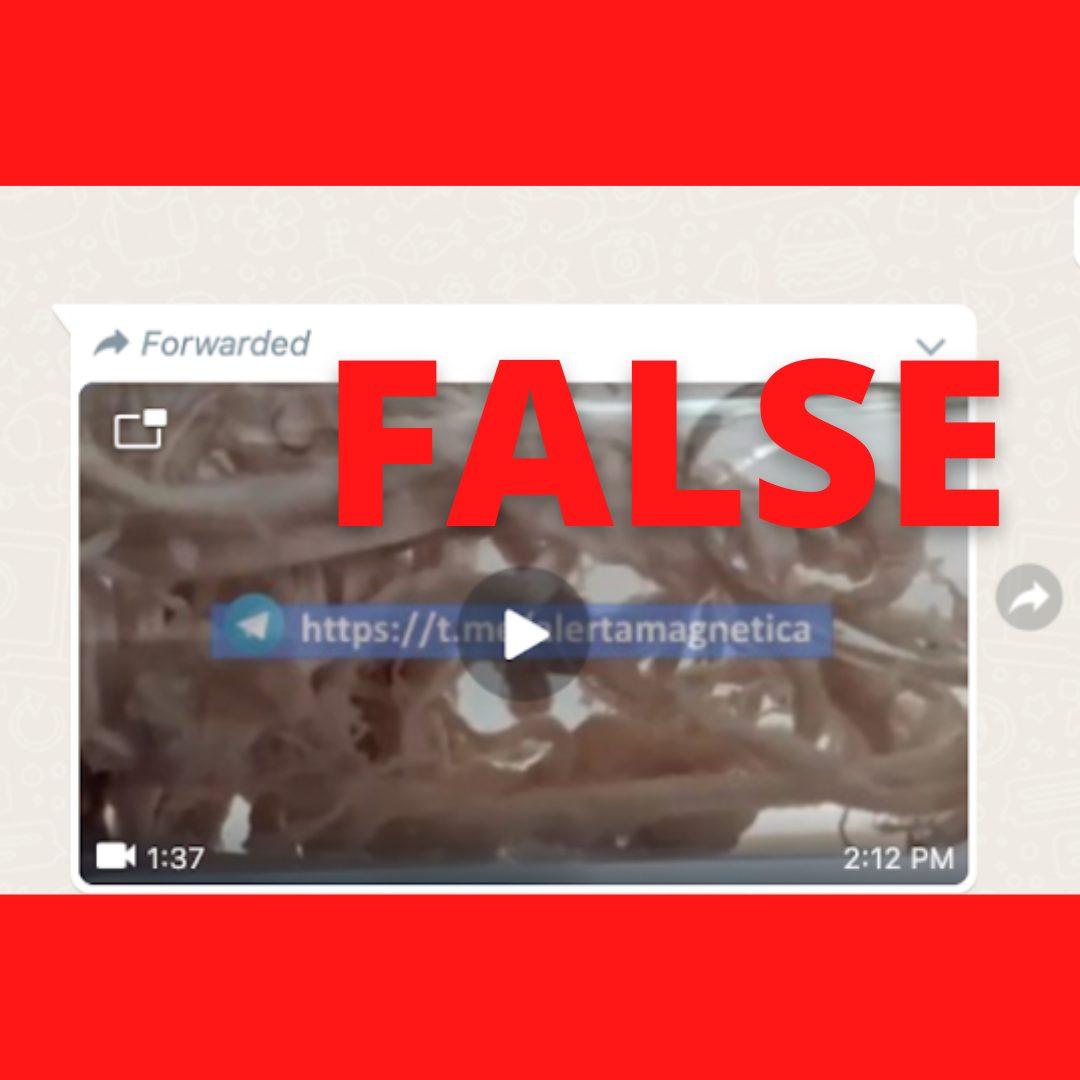 A video clip pushing the false claim has been circulating in Namibian WhatsApp groups since July 2022.

The claim is that COVID-19 vaccines cause “organic material” or objects to grow in the veins of those who have been vaccinated, causing their deaths.

The two-minute long video clip was shared with Namibia Fact Check on 15 August, by someone who had encountered it in various WhatsApp groups.

The video clip contains a link that directs to a Spanish-language Telegram page with about 12,500 subscribers. The page is titled Alerta Magnetica, or Magnetic Alert in English.

The video clip contains visuals of what a narrator claims to be “organic materials” that are being discovered in the veins of dead bodies of vaccinated people.

The narrator states that the “internal blockage growing within the vaccinated would certainly explain all the deadly side effects” that are being witnessed, and further claims that the mainstream media is spinning these side effects as ‘sudden adult death syndrome’.

Namibia Fact Check could find no evidence or information online from credible health sources, such as the World Health Organization (WHO), that supports the claim that COVID-19 vaccines cause ‘sudden adult death syndrome’, which is medically referred to as sudden arrhythmic death syndrome or SADS.

In fact, according to Namibia Fact Check’s online research, the SADS claim being pushed by the Spanish-language Telegram page appears to have emanated from American conspiracy theory and anti-vaccine groups and websites such as the infamous Infowars.

A website dedicated to SADS, explains the phenomenon as follows:

The false claim about COVID-19 vaccines causing SADS has been debunked by various fact checkers.

British fact checker Full Fact published a detailed report in late June 2022 on the claim of a link between COVID-19 vaccines and SADS, stating that there is no evidence that SADS is caused by COVID-19 vaccines or that vaccine deaths are being miscategorised as SADS deaths. Full Fact states that the “designation of SADS significantly predates the pandemic”.

For a well-researched take on the SADS claim, read this Verify article from 14 June 2022, which quotes heart doctors or cardiologists stating that SADS is “a syndrome that has been studied for decades”.

Claims linking SADS to COVID-19 have been around since at least early 2020. American fact checker Politifact published an early debunk of claims linking COVID-19 to SADS on 11 February 2020, shortly after the SARS-CoV-2 virus was identified.